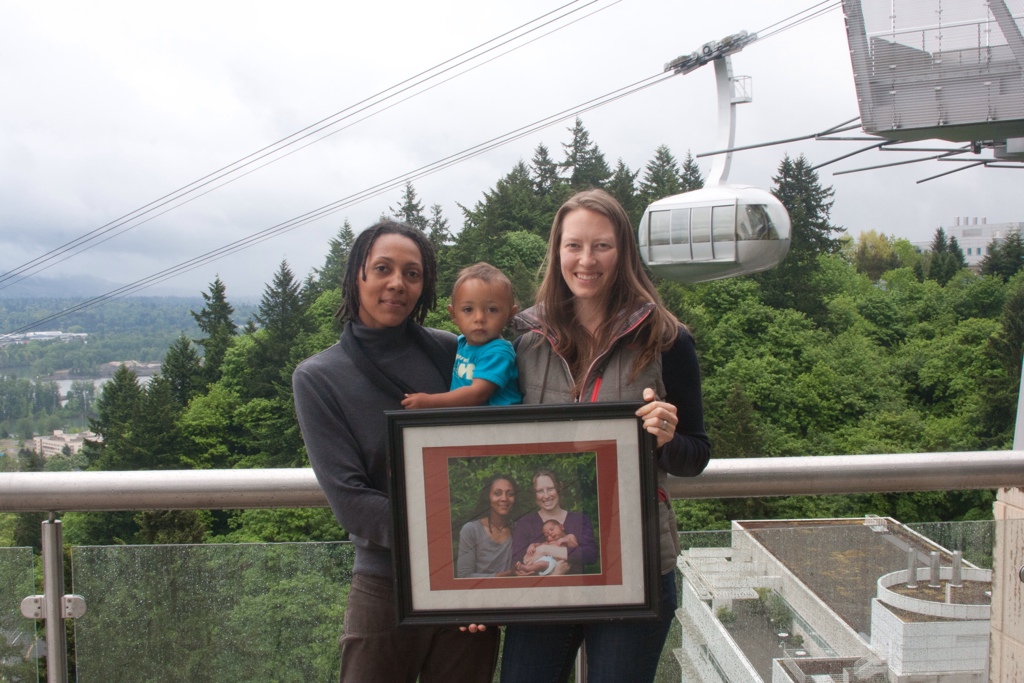 Archimedes turned one this week, and to celebrate, we took the above photo-within-a-photo on the observation deck balcony at OHSU. The tram behind us, and the hospital, were at the center of so many events in the story of our lives together suivez ce lien.

After years of discussion, and several months of doctors appointments, injections, and lots of hopes and wishes, Archimedes was conceived in a test tube (assuming they still use those) in a lab on the lower OHSU campus.  Five days later, complications from egg donation brought Talina to the OHSU ER at the top of the hill.  While we were sitting in the ER, we got the phone call that the eggs had divided sufficiently and were ready for transfer to Megan.  So Megan left Talina in her ER room, took the tram down to the bottom of the hill, and met Archimedes for the first time.  About 45 minutes later, Archimedes, his ill-fated twin, and Megan headed back up in the tram to reunite with Talina, and the four of us spent the next four days hanging out together in a small hospital room while Talina recovered from Ovarian Hyperstimulation Syndrome.

The upper levels of OHSU has this lovely balcony near where the tram departs, with a small garden, and statues, and seating areas.  Megan and Talina and the very tiny new family members took several visits to the balcony to get some air while waiting to be able to leave the hospital.

A few weeks later, our little family got a little smaller when we discovered that the second embryo had taken a walkabout too far, and settled in a dangerous part of Megan’s uterus.  To save the life of Megan and Archimedes, we had to say goodbye, with the help of some amazing staff from the OHSU Fertility and OHSU Perinatal practices.

8 months and two weeks after meeting, Megan, Talina, and Archimedes returned to OHSU’s ER after Megan woke to some poorly timed bleeding.  An induction, a night in a very nice hospital room, and a few hours in a tub later, Archimedes joined our family on the outside on May 8th, 2013.  Complications left Megan in the ICU overnight, and we stayed another four days in the hospital for observation. No one was allowed to leave the wing with the baby, but this balcony was a refuge for family members needing a break during the long wait to go home.

OHSU has figured centrally in every significant event in Archer’s short life, so it was only fitting that we revisit this balcony to celebrate the culmination of his first full year here in the air.

Happy Birthday, Archimedes!  We love you so much. 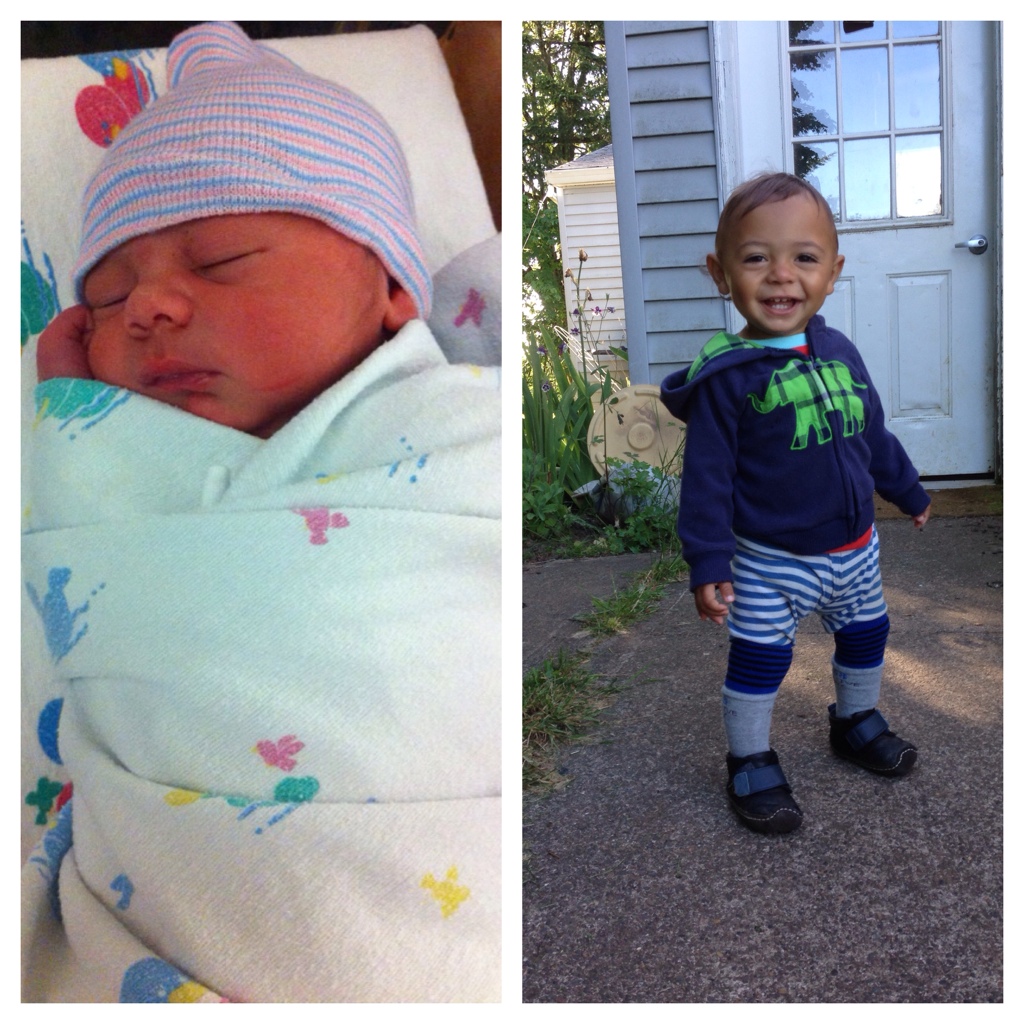 Archer’s eleventh month was such a busy adventure!  So much walking and exploring to be done, and so many new thoughts and opinions. 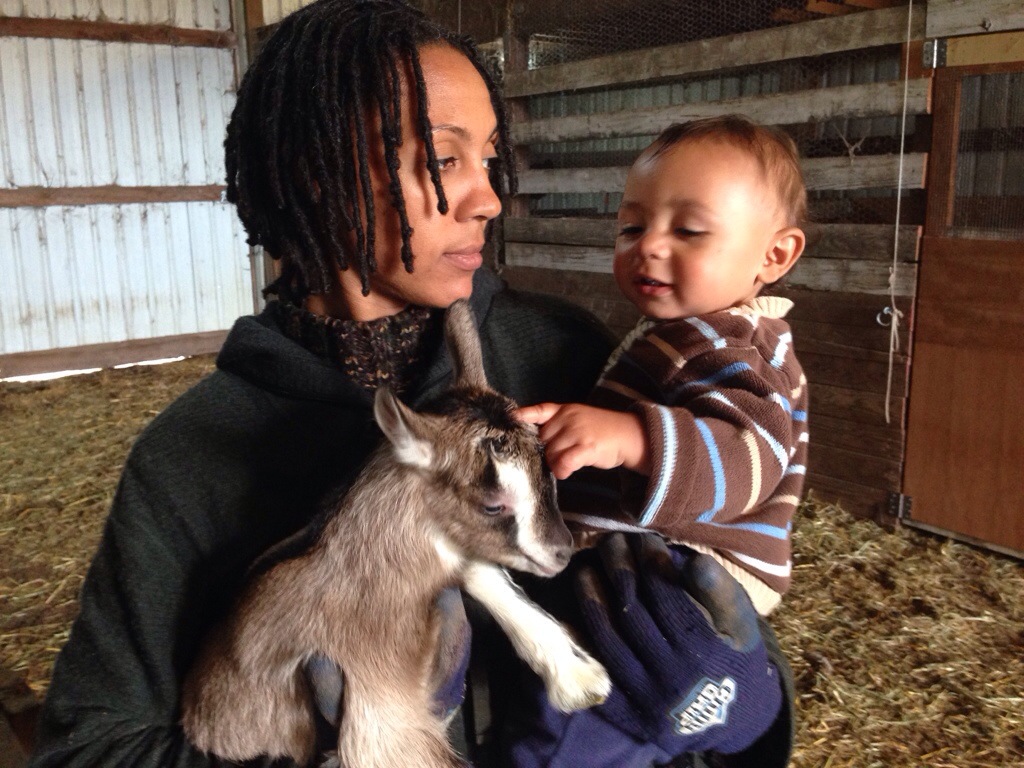 There are new kids on the farm younger than Archimedes now.  They’re okay.

Opinions: he has them.  He spent a week deciding he didn’t need to go to sleep at all ever… his godmother got us this pillow in a miracle of foresight! 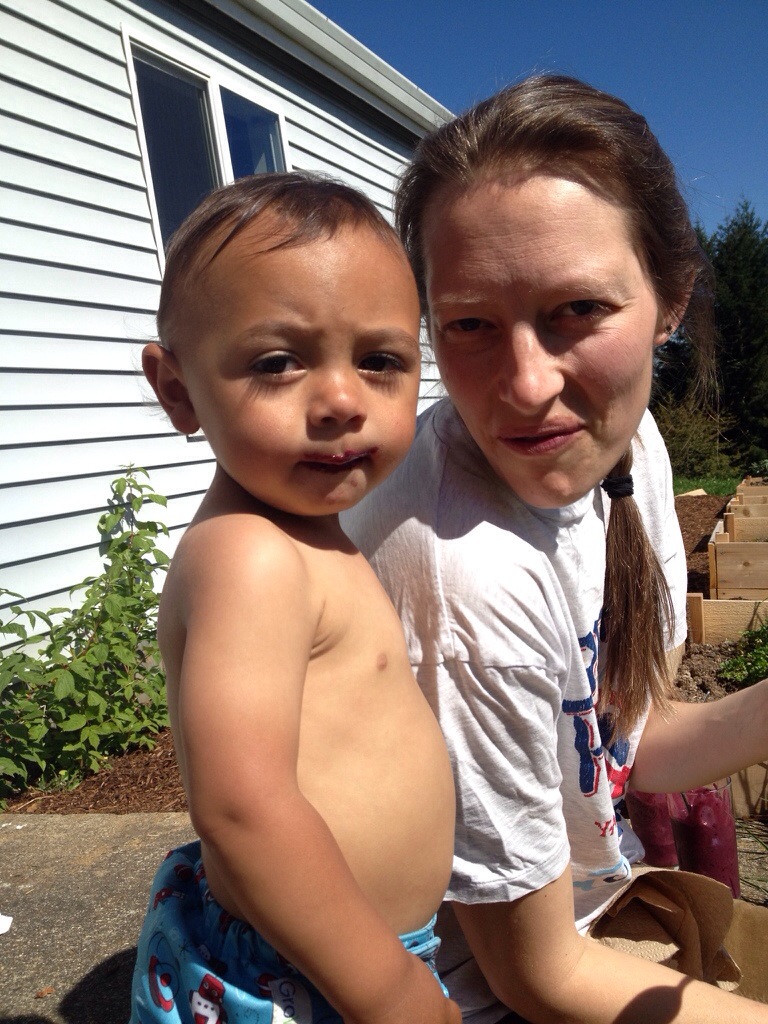 Smoothie time!  Gotta use up last summer’s berries before this summer brings us more.  Archer had some great berry lipstick going on in the sun.

We are seeing a lot more use of sign language; he uses “more”, “food”, and “up” frequently, and has just started using “all done” in correct context.  He’s very good at climbing up and even better at being safe getting down, which is great!  He’s still very attentive and usually complies when asked, although he does love to run away when you mention a diaper change, he is pretty good at being still for the change itself.

So hard to believe it’s almost been a year…